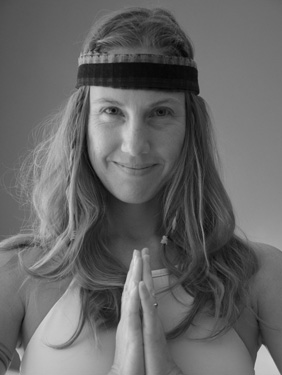 Raven’s Wing Yoga was birthed in June of 2004 as a place of wholistic intention and dedication to Yoga or Union. Steeped in the lessons my Native American Grandmother taught me, Wisdom is to be shared and is intended to evolve and grow with time.

Raven’s Wing is an integration of gathering place, deep yoga practice, seasonal & environmental awareness, health, and a safe space to be who you are with allowance to grow. Forever a yoga student, Sally began her studies in 1992, while attending the University of Delaware where she studied Nutritional Science,  and began teaching yoga in 1999. Her deeper learning of Yoga came from participating in a resident Karma Yoga program at Kripalu in 1998 & 1999, where she met some of her most influential teachers; including Yoganand Michael Carroll who Sally still studies with to this day.  After Kripalu her studies took her to  Northern California and participated in another resident program at the Heartwood Institute for Integrative Health and Massage where she studied under the Iyengar teacher Gayna Uransky.  Her passion in health and healing led her to then enroll in the Rocky Mountain Institute for Yoga and Ayurveda in Boulder, CO under the teachers Sarasvati Buhrman, Patricia Hansen, Hansa Knox and teacher Richard Freeman, where she received her certification in Yoga Therapy and Ayurveda.

The inner teachings of yoga have grown Sally’s life into how to relate and move about this world with more compassion and non judging awareness .  Her classes are held in a quiet yet powerful way allowing her students to feel safe to explore their edge while connecting with the intuitive nature within.  She weaves many styles in her delivery but will always flow from her Kripalu and Pranakriya roots.   Growing and strengthening community in her hometown of Branford has been a delight, and she feels honored and forever grateful for this opportunity to offer this science and practice of yoga.

We here at Raven's Wing are dedicated to moving forward as wisely, compassionately and intelligently as we can given our changing world and COVID protocols. Stay tuned as we sort things out this week and beyond.

For now, masks are still required and online booking is needed for in studio classes.

Effective now: studio props are back! We have blocks, straps and will be stocking new blankets this week. Please bring your own mat. You are more than welcome to bring your own props. We will be rotating props and cleaning as necessary.

So much love & kindness. We are all connected.

May the frightened cease to be afraid
And those bound be freed.
May the powerless find power
And may people think of benefiting one another.
-Shantideva, Buddhist Teacher

10am Deep Gentle with Sally
livestream + in studio

When this happens, it's usually because the owner only shared it with a small group of people, chang...

The first cry opens the earth door.
We join the ancestor road.
With our pack of memories
Slung slack on our backs
We venture into the circle
Of destruction,
Which is the circle
Of creation
And make more -

10am Meditative Flow with Steph
live-stream
+ IN STUDIO